You are most likely to recognise Stuart Manning from his role as Russ Owen in Channel 4’s Hollyoaks. However, this was not something that Stuart always saw himself doing. Starting out as a model, his love of acting was something that stemmed from his modelling career, and he has now starred in numerous TV soaps, and theatre productions. About to embark on his newest role in The Passionate Woman, Stuart tells us about working on set, and balancing the inevitably unpredictable lifestyle that comes with the territory. 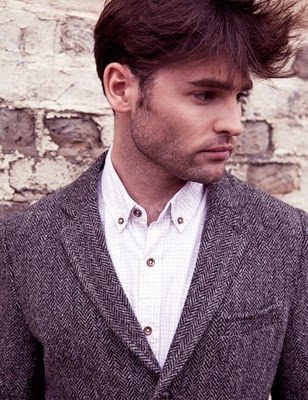 Models1: Before getting involved in acting you were a model. How did that come about?

Stuart Manning: I was spotted in Topman on Oxford Street when I was 17, straight out of college, by Models 1. That was when they were on the Kings Road, 12 years ago now!

M1: Was acting something you were always interested in?

SM: I started to do a lot of adverts. I did one for Pepsi, and that kind of opened it up because it was directed by a guy called Michael Bay, who had done Pearl Harbour and Transformers. He said “You should give it a go”, so I thought, “why not”. And then Models 1 got me Night and Day, which was a series on TV. As it was my first proper acting job they put me through an intensive acting course over two weeks. And that was it, I went from there. It was a lot of work but good fun.

M1: How did you get involved in Hollyoaks?

SM: I finished Night and Day, and had a year of not really working, just doing bar work which I’ve always found quite fun. Then I worked on Holby City and The Bill, finally moving into Hollyoaks.

M1: What was it like working on a set day in day out? 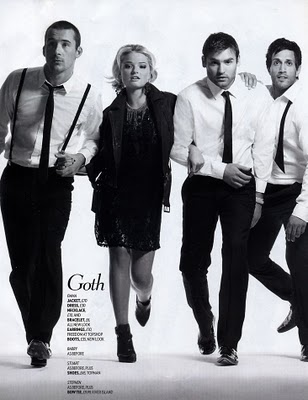 SM: It started off being 7 days a week, which was pretty intense but I didn’t mind. I was acting, doing what I love. But after a few complaints, from the younger actors mainly, they knocked it down to 5 days a week. The set was an old school, which was a bit bazaar, like being in school every day. And then in certain areas you’ve got a little house, which is just a room. It’s really weird.

I hadn’t really watched the show that much before getting involved, maybe a bit when it first started. When I got on set I was like, “OK, now I’ve got to get on with this”, and I had a great time, and learnt a lot.

M1: Do you think you were similar to your character in any way?

SM: I think there was a little bit of me in there, he was very family orientated. Unfortunately his brother killed a lot of people and did nasty things, but for any character you have to put yourself in that position. There’s always a bit of everyone in every character, there has to be, otherwise it’s very static.

M1: Is TV something you want to continue with?

SM: Yes, TV dramas, and films are something I’d like to go into as well. There’s so much that I’d love to give a go. At the moment I’m doing theatre, a production called The Passionate Woman, which was written by Kay Miller, originally for TV, and now she’s re-written the script for theatre. 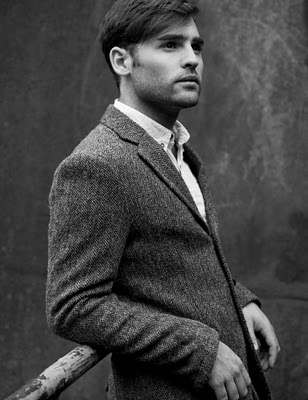 M1: What else have you got planned for this year?

SM: We start performing the production on the 24th of April, and will be touring the UK for that, spending about two weeks in each place. So I can’t cast for anything else at the moment, and people don’t cast that far ahead. Kay Mellor (writer of The Passionate Woman) is looking into doing a new TV series at the moment, so there are talks about that.

When I finish this production I’m probably going to have a little break and go off to Thailand. I got my diving masters training so I can go there for a while and teach people to dive.

SM: For the past two weeks I’ve been on my brothers narrow boat, which I do every once in a while. It’s great, really relaxing. My mum came along for a couple of days too. I also race motorbikes in my spare time, and try to spend as much time with friends and family.

SM: It would always be Audrey Hepburn. She’s amazing, the perfect woman.