At the age of 17, Charley Speed was catapulted into the world of modelling, and one of his first campaigns was alongside Kate Moss for Calvin Klein eyewear. He went on to walk for numerous shows travelling the world with his career. Now, with over 10 years of experience behind him, Charley is passing down his knowledge as a judge on Britain’s Next Top Model. In his second year on the show, he is no stranger to the twists and turns that will no doubt be in store. We caught up with him to find out more…

Models 1: You have been modelling since the age of 17. How do you think the industry has changed?

Charley Speed: I think the main change has been the move from analogue to digital. Now it’s a lot easier to ‘point and shoot’. In my day I was working with plate cameras and all sorts, so you’re talking about holding your poses for much longer, and we went through numerous Polaroid’s before shooting. Now, there is a much quicker turnaround, and it’s easier to re-touch images.

M1: What do you think it takes to be a successful model?

CS: I think it’s important that you are positive and professional. Always keep an eye on trends, but try and do your own thing, and play on your strengths. That’s really important, be individual, and when turning up to a casting or job, not to be blasé, or act like you don’t care. People are going to remember someone positive, as opposed to someone negative. Confidence is key, but there is a big difference between confidence and arrogance.

M1: What has been your favourite career moment so far?

It’s got to be when I first started. I was so lucky because I was I was entered for a competition that I didn’t know about, and ended up winning it and being signed to Models 1.

Within months I was being flown to New York to shoot with Kate Moss, and that was it. I think at the time I didn’t really realise the gravity of the situation because before that point I hadn’t really paid much attention to the fashion industry, I’d just been doing my own thing. That was the career point for me, where everything just went insane.

M1: As a judge on BNTM, what exactly does your job involve?

CS: Firstly, this year finding the girls and deciding who we are going to put forward for the semi-finals. Secondly, trying to nurture the girls and teach them about the positives and pitfalls of the industry in general. I have been working as a model for such a long time, and I know how hard it can be. It’s really about helping the girls grow, and perhaps finding a girl that doesn’t look particularly interesting now, and helping her transform.

M1: How did you get involved in the show? 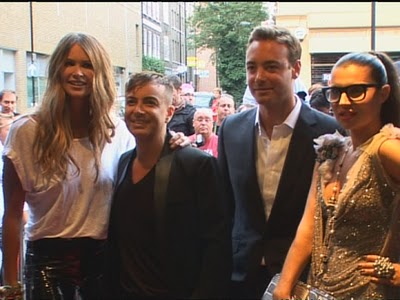 The winners of the show get a contract with Models 1, and they wanted one of the agencies top models on the panel. They came in and met a few of us, and liked me, so I did a screen test with Lisa Snowdon, the presenter at the time, and we all got on very well. But they decided they wanted to go with someone else. Then, last year they changed the whole panel, and confirmed Elle (Macpherson) and Julien (Macdonald), and they brought

M1: Often successful models are not the obvious ones. How difficult is it to judge future talent? 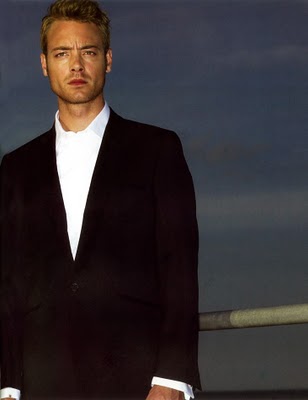 CS: At the peak of my career, there was a moment where the guys were on a par with the girls. We almost had ‘male supermodels’. I think, having been in the industry for such a long time, I’ve seen trends and looks come and go. Whilst it’s really important to look at who the successful models are now, we need to find the next new thing, there’s a fine balance. The thing is, if someone’s amazing to look at, and has great energy and the ability to look straight down a lens without even trying, you know they’ve got it. You know when you’ve found someone special.

M1: Filming has already started. Are there future supermodels in the making that we should be keeping an eye out for?

CS: There are three girls I really like, and I’m pretty sure

whether they win or not, Models 1 would be interested in them. There is one girl that I absolutely love, but its very important not to have favourites at this stage, and to only champion them. You have to be fair.

M1: Are you allowed to divulge in what we can be expecting form the show?

CS: It’s too early to say. You guys know as much as I do. The production team like to keep their cards fairly close. They’ve given me a week to prepare for my next show, which is outside, in a cool location. Think Alice in Wonderland. That’s not the theme, but what I’m getting from the script is that its going to be a bit like that. It’ll be a chance for the girls to just let go and have fun with it, that’s really what it’s all about.

CS: Music and films. I’ve got more into film as I’ve got older. Music is my first love and it’s what i would have tried to do if modelling hadn’t happened. I also love just going to a pub and having a nice meal with friends, chilling out.

M1: You mentioned film. Did you consider acting? 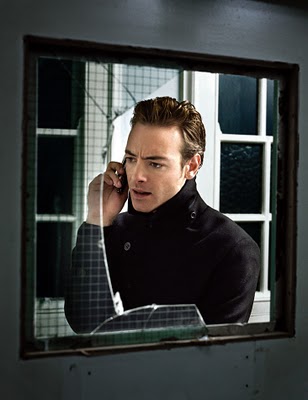 CS: It’s more TV presenting now. The acting thing was something I always wanted to do, I did drama at school. But because my modelling career took off so quickly, and I was so fortunate with it, acting took a back seat.Modelling at a professional level can be very intense and the time passes so quickly.

When that slowed down I went to classes in acting, and now I’m exploring that a bit more. Meanwhile BNTM came along, and it’s a really good gig, I’m really enjoying working on it.

M1: What else are you up to at the moment?

CS: All my focus right now is on BNTM. With it being my second season, it’s like that second album thing. We’ve all raised our game. Last year was a bit of an experiment, but now we know our roles. I’m making sure I stay healthy and fit, as the shows filming schedule can be really demanding.

M1: Last year, the show had a live final, so the public could choose the winner. Will this be happening again this year?

CS: I don’t think that worked as well as we hoped, and so I would rather not have a live final. The public have tweeted me about it, and I know that the general consensus amoung the team was that it wasnt particularly successful. However, as I said they play their cards close to their chests, so I don’t know at this stage what the format of the final will be. 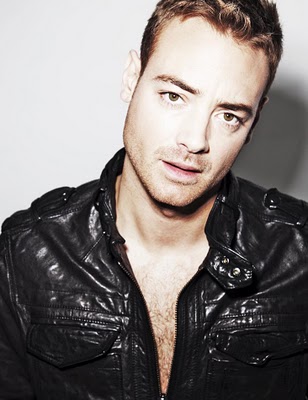 I’ve got a few things in the pipeline. I’m in talks about about a couple of other programs, some new and some established. I’m quite into science and engineering, and there possibilities along that route, but more fun. I can’t really be more accurate than that, but all I can say is, watch this space!

For BNTM news and insights go to the official BNTM website

For more of Charley’s recent work, take a look at his portfolio

We’ve also been keeping a close eye on last years winner, Tiffany, who has been non-stop since the show!