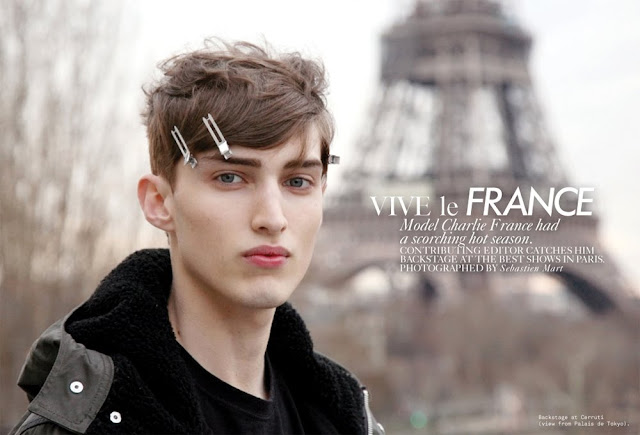 Walking on a beach of Newquay on a rainy summer day, we were starting to think the long journey there had been in vain. But suddenly Sherrill (Mens new faces) runs to us with pictures of a boy she found…

His name was Charlie France…
Burberry, 10 magazine, Another, Mario Testino, the client list goes on and on.
Charlie has now just had the best season of all at the Paris and Milan shows, coming top internationally.
Contributing Editor pays hommage to the young Brummie’s hard work and mind blowing looks.