The Underlining Colours of Niclas Heikkinen 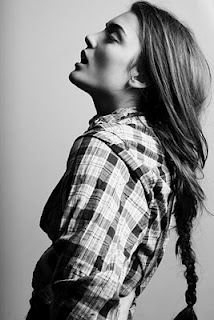 We have worked with Niclas a lot recently. Every picture he sends in makes our hearts skip a beat and leaves us wanting more… Here he speaks to IxAshley

Niclas Heikkinen is a Swedish born graduate from Central Saint Martins. He now resides in London creating imagery which saunters between levels of the imagination and reality. This cultural nomad has had work published everywhere from Dazed & Confused Japan to Indie Magazine, Pap Mag as well as worked with many other glossy individualists in between – including his own online magazine Underlining Colours! His commission work and clients include Clare Tough and Diane Von Furstenberg (London).

X: If you could describe your aesthetic in one word what would it be?
NH: RAW

X: What brought you to London?
NH: Central Saint Martins

X: What brought you to a career in photography?
NH: I was told by my tutors that my illustration sucked and that I should focus on photography instead. (Laughs) Not sure if I was exactly laughing back then.

X: Can you discuss your involvement with Underlining Colours?
NH: I was one of the founding members and formed the group with Asami, Hong and Salina. We all have different skills and we compliment each other. Nowadays though I’ve become more like a Creative Director.

X: What was/is the core concept behind this project?
NH: Initially we created artwork inspired by a muse; people we would streetcast and thought challenges what people think is beautiful. We have changed it slightly since and now we have themes for each issue although the muses are still really important to us.

X: Do you currently have a muse? If so who + why?
NH: There are a couple of people that really want to work with, maybe too early to say who. Not sure if they want to read me saying why or what makes them special to me. But I can say this much one of them has a massive scar and scars often make “good” stories. Also, any models who remind me of any kind of birds are inspiring.

X: What inspires you most creatively?
NH: Talks with my designer friends over a coffee, books, music and cities.

X: Every artist has their “baby”…Do you have a particular shoot/ client or project that has been your favorite to date? If so, what and why?
NH: I love working for/with Clare Tough (www.claretough.co.uk). She’s really talented and also it’s always a laugh to be working with her and her team. It helps as well that we normally have some really nice food around when we work in Milan.

X: Do you have a dream client? If so why?
NH: There are so many inspiring people, artists, designers etc so it wouldn’t be fair to say just one name.

X: What do you think is the most exciting thing happening in fashion right now?
NH: How the information flow is changing partly because of blogs and also that there are so many DIY people; bloggers, the people who do their own magazines etc.

X: What are the future plans for Niclas Heikkinen? Any upcoming projects we should be on the lookout for?
NH: Been speaking with Quentin Jones (the illustrator who also contributes to Underlining Colours) to do a separate project together and try a different medium from what we normally use in our work. Also, I’ve been toying with the idea to have a printed limited edition of Underlining Colours magazine at some point. The Graphic Designer Max Parsons is working with me at the moment to make some changes and we’ll see what happens. Fingers crossed!

For More on Niclas: www.ni-lon.com

Special thanks to Cee at IxAshley