Sofia Fisher, touted ‘One to Watch’ on Vogue.com, Models.com and Ftape, joined Models 1 through an online application and has gone on to front campains for Kurt Geiger, as well as being shot for editorials including Dazed & Confused Digital, British Vogue, Deluxx Digital, Test Magazine, and EXIT Magazine-a Chanel Special.
Having walked for Chanel three times previously, as well as Ashley Isham, Clements Ribiero, Erdem, Fashion East, David Koma, Hannah Marshall, Michael Van Der Ham and Mulberry, Sofia, at just 16, is no stranger to strutting her stuff down a runway. 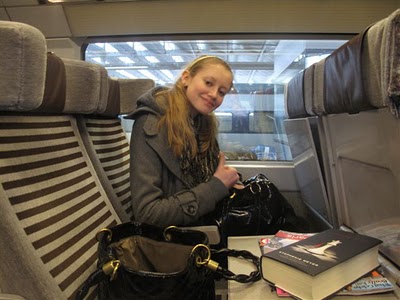 Sofia travels from Oxford to London

We then embark on the Eurostar from London to Paris

We head straight from the station to Marilyn Agency, to get castings and details of the Chanel fitting on Monday.

Finally we make it to our model apartment in Montparnasse, which is cosy.

Then its dinner and an early night, as Monday is set to be a busy day!

We wake up early to head to meetings with Elite NY, Sofia’s NY agencies and catch up with Fifi Newbury and her Mum, who are also in town for Fashion Week. For Breakfast it was a Croque Monsieur for Sofia and French Onion Soup for everyone else. 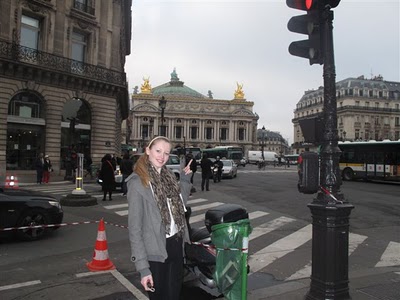 Lunch is at the Intercontinental, with Fifi and Helen, and the NY agents Marcos and Courtney.

Then we head to 4 Rue Cambon, Coco Chanels apartment, for fittings.

Karl Lagerfeld fits Sofia up and she has polaroid’s and videos’ taken. She takes a peek at all the other girls booked on the show and there are lots of familiar faces– Lauren Brown, Iris, Ashley and Anais, as well as a few other big names. 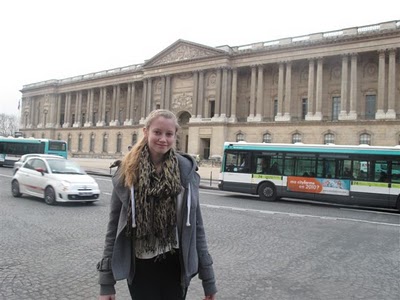 nutella and watch the world go buy. After Quick stop at Collete for some window shopping, its back to Montparnasse on the metro.

Chanel confirms early in the evening. Its another early night, but not before school work has to be completed and a few friends episodes are absorbed.

﻿ Its an early start-6am call time! We make our way to the Grand Palais, where the show is taking place.

Hair & make-up and a long rehearsal – there are almost 50 models, wearing only one outfit as the catwalk is HUGE – each girl has to walk around three different fountains and pose at each point.

After the show we hop in the taxi to Marilyn, say our goodbyes, and grab a sandwich on the Eurostar home.

After an exciting couple of days its back to england, and back to college for Sofia.