ONE TO WATCH – RICHIE COTTERELL

Previously spending his days on a farm in Wales, Richie was thrown into the world of modelling after being scouted for Mario Testino. His career has since gone from strength to strength, and he has been shot for editorials including GQ Style Germany, GQ China, GQ Italia, Citizen K and Wallpaper, as well as for Calvin Klein Jeans. 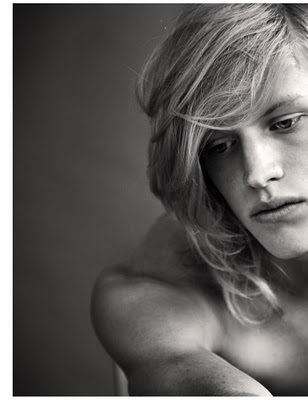 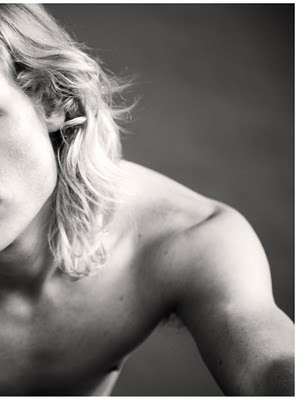 Richie: I was as scouted for a Mario Testino shoot about a yer and a half ago, which came out in Vogue. Then I just went into models 1 with photo, and they took me on. Its not something I saw myself doing. 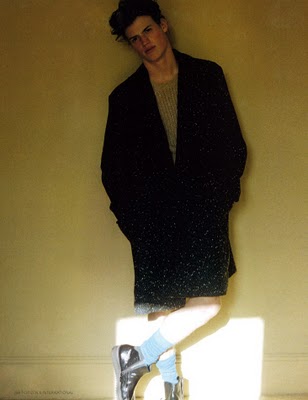 What were you doing before this?

R: I went to a school in Somerset called Millfield, and studied drama, photography and business studies. When I finished I came back home to work on my families farm. I wanted to move to London originally to become an actor, but I didn’t get into drama school so I just fell into modelling instead.

R: I just tend to go to the pub with friends. I haven’t got a preference really, but I prefer pubbing over clubbing.

M1: What music are you into right now?

R: I seem to be going backwards. I’ve recently been getting into music from the 80s. I’ve been listening to one hit wonders like Dexys midnight runners. 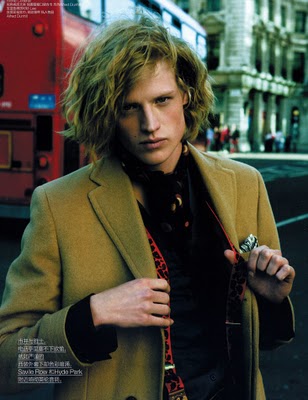 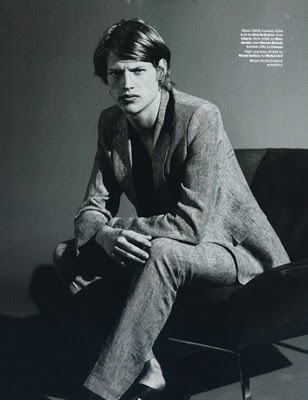 R: I’m sort of just a scruffy mess. I prefer wearing outdoor clothes, but I’m really not fussed. Whatever I’m missing I’ll by, but I wouldn’t go out of my way.

R: Umm, well I collect comic books, but that’s no secret. Its pretty handy, there’s a shop just around corner from the agency called Comica, so I often head there after coming in, and another, more mainstream commercial one near too, called Forbidden Plannet.

M1: How would your friends describe you?

R: I don’t know, you’d need to ask them, but probably quite quiet until drunk.

R: I don’t really have one, maybe I’m just the Awkward guy in the corner getting drunk haha. I’m trying to learn to skateboard but at the moment I’m jumping on the carpet near my bed in case I fall!

R: I quite want to be an actor, but I doubt I’ll probably be there then, so I’ll just have to wait and see. I’d like to go back to the farm too. I’m more of an outdoor person.