ONE TO WATCH – ANOUSKA 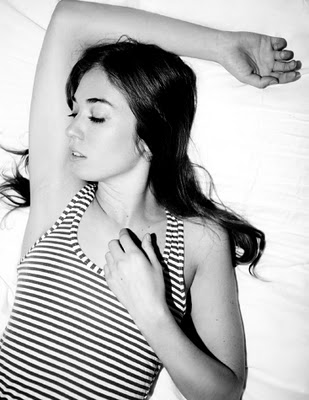 Sultry brunette Anouska Beckwith, daughter of the archetypal It-girl Tamara joined Models 1 in early 2009. Having already been shot by Terry O’Neill, and and the Face of Pussy Glamore campaign, Anouska’s modelling career has gone from strength to strength. She has twice been shot by Cat Stevens for British Vogue, once for ‘The Accessories Challenge’ where she was asked her opinion on styling with accessories, and again for Vogue Spy. A girl with many passions, Anouska splits her time between modelling, acting and writing.

Anouska: Somebody I knew was the cousin of Alice, head of New Faces, and she suggested I came into Models 1, so I came in and we discussed my options.

M1: If you weren’t doing this what would you be doing?

A: I’ve just finished writing my novella, called Velma. It’s inspired by ‘Tender is the night’ and ‘Rebecca, all about Eve’. The main theme of the book is nature versus nurture. I’ve also just finished years contract working as creative director of a clothing company called Mona & Holly, which I really enjoyed.

Now I’m pursuing acting, and would like to go into film theatre and TV. I studied in Strasbourg and then at 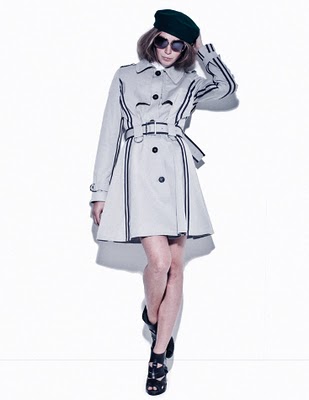 LAMDER, and at the moment I’m trying to find an agent.

M1: What has been your best moment being a model so far?

A: I think the best thing has been Learning to deal with insecurities and flaws, and accepting them. Being a model, you learn to listen the good things rather than the negatives, which women tend to do. Working with Terry O’Neill was amazing as he’s just such a legend, and manages to make you look beautiful no matter what state you’re in.

M1: What do you like to do in your free time?

A: I enjoy going to galleries, painting walking my dog Gigi, cooking and travelling, especially to India. 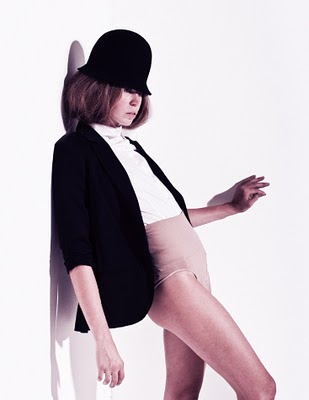 Vanessa Paradis, and how she dresses.

A: Right now Karen Elson. I’m listening to her new record at the moment, her voice is beautifully haunting. Charlotte Gainsbourg is also inspiring to me.

M1: Which designer would you most like to model for?

A: It would have to be Dior. 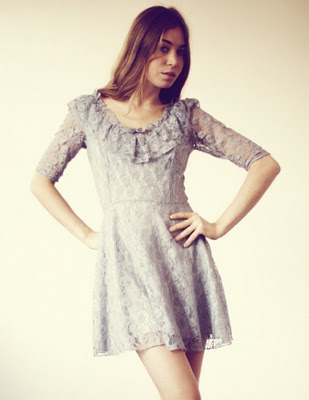 A: Hopefully with a successful acting career, with lots of other outlooks. I would also love to be living between India and some other destination I haven’t decided yet, but hopefully with a baby and life partner.