Tschan has already worked with leading photographers such as Juergen Teller, David Bailey and Nick Knight.

She has also used her voice for numerous interviews, for publications such as Dazed, i-D and ES magazine, to highlight the struggle faced as a black, transgender model in today’s industry.

Models 1 recently caught up with Tschan for career highlights and an honest interview about acceptance. 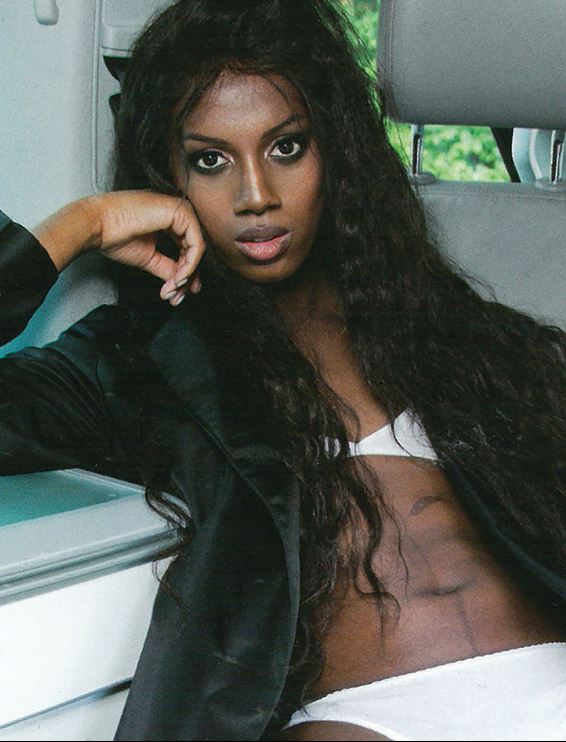 For me, growing up was nothing but incredibly difficult. The most frustrating thing about being a gender variant is not being understood or having a safe space to go to when it is needed. I felt very alone.

When did you realise you identified as a woman?

From the age of two I remember being chastised by my family after openly telling them that I was a woman.

How has being transgender affected you in your day-to-day life?

In my day-to-day life I feel safe as no one reads me as Trans and if I am approached it is usually complimentary. However, I do face discrimination when it comes to finding regular work as there are often complications due to my identification documents not matching how I present.

What is your message for people going through what you’ve been through?

It is hard but you will have to go through it to be where you want in life, there is no escaping it but it is character building. It is important to know that you are beautiful, deserve to be loved and also have the right to love.

When did you first get into fashion?

When I was 18 I did my first shoot. I was approached on social media by someone called David Bailey. I had no idea who he was at the time but once I did some research I still couldn’t believe it and I thought it was a scam! I went to the shoot and it was an amazing experience but I did  took a friend along with me, just to be safe!

Who are your favourite model icons?

At the moment my obsession is Gisele…I’m obsessed!

I love Kim Jones, Ricardo Tisci and everything he does for Givenchy and  lately I’m really into Nicolas Ghesquiere work for Louis Vuitton.

It’s been written in the press that there is an “all-accepting attitude in the fashion world leading the way in transgender?” (Independent)  How do you feel about this statement? To what extent do you think this is true?

I think the subject has had greater exposure recently so there is a shift in the social consciousness of trans related issues. Previously, we consumed what we were presented by the mass media but now we have the power through hyper connectivity to create and showcase issues and ideas to our own audience.

I want to walk for Chanel, get a Prada campaign and win British model of the year.

And finally… describe yourself in three words…