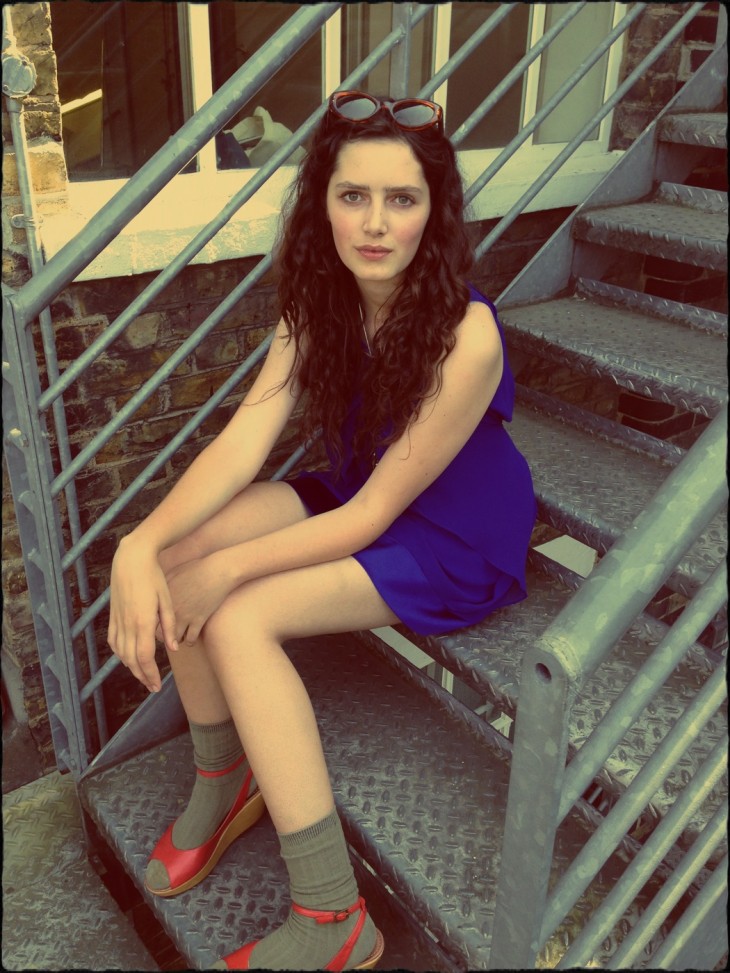 Tell us about your blog- Clothes, Camera & Coffee?

Well I started it on a day off from school when I was 14 or 15 after I had become interested fashion & blogging. What started off as primarily being a visual blog eventually became what it is now, which is a cultural platform that covers literature, fashion, feminism and photography.

You have written for the Guardian- how did that come about?

I had written a few articles for a online feminist blog, The Vagenda. There was a girl that worked there who also used to work for the Guardian. After the Rana Plaza collapsed in Bangladesh she knew it would be something I would be interested in discussing so I wrote a piece on alternative ways of shopping.

I entered when I was 15 after writing three articles; one of which was a short memoir piece about the first night in intensive care after having had spinal surgery. Next was an opinion piece where I discussed why some people have problems with fashion and the piece that I wrote which was then subsequently published in Vogue was a cultural review. I wrote about an agricultural show but I wrote about it in quite typical fashion speech so friesian cows walking around became the catwalk. It was kind of subverting the whole idea to use one mode of language to describe something incredibly none fashion and that was the piece that they really loved.

After winning I had one article published, prize money and I spent a month interning at Vogue.

How was your internship at Vogue?

It was really interesting and I learnt so much from my experience. After receiving Vogue every month I could never have imagined  the amount of work that goes into it. Being behind the scenes and being able to see all the hard work that takes place was incredibly fascinating. On the back of my internship I pitched an article about when I had spinal surgery which was then published in the March issue of this year. It was a three page article and it discussed first diagnosis through to recovery after surgery but also covered modeling and body image.

Am I right in hearing you got offered a place at Oxford?

Yes but I am still waiting on my results at the moment to assure my place.

What will you be studying?

English, so it will be three years of reading and writing essays which is all sounding immensely exciting.

What are your summer plans?

I have Wilderness festival coming up which looks so up my street. The literature, the food and the dressing up make it a festival that really appeals to me. I am also doing some work with Chanel this summer in their beauty department…

how to get your ex back

Who are your style icons and inspiration?

One of them would definitely be Kate Bush because her dress sense is quite wild. I often describe myself as Kate Bush meets Katherine Hepburn.

Most of the time I just follow street style blogs, especially Vanessa Jackman. I also love Style Bubble as it's intelligent writing.

Talk to us about dressing ethically- where do you like to shop?

I shop primarily at vintage stores & charity shops so a lot of my clothes are second hand. What this does is help to lower the impact that fast fashion has on the environment. I try at the same time to also support ethical brands but for me it is quite important that the aesthetics have to be just as good as the ethics because you can't just hide behind the ethical label. For example Good One is a brand that I really love. My top tips come down to looking for second hand and vintage but to also start researching designers and brands that are  making more of an effort even if it's H&M's more ethical range. It really comes down to shopping less & investing more.

What do you want for the future?

What I would eventually like to be doing is continuing with the things I have started, to see them flourish and to end up working in writing but in a variety of fields and genres.

Do you have a nickname?

What could you not live without?

What would you do if you were prime minister for the day?

What would your last supper be?

What was your new year's resolution?

To learn a poem a week (I failed!)

Is there a book that changed your life?

If you could change one thing about the world today what would it be?

Would would you like to be pen pals with?

If he was still alive, then it would be Keats

What would you save in a fire?

If my family were safe, then my laptop- it has all my writing and photography on it