Justin Anderson is the film maker that has rapidly conquered the fashion world.. His Twin Parallel film for Jayne Pierson won an award for best styling at A Shaded View of Fashion Film Festival in Paris this month, as well as featuring on Vogue Italia. His award-winning fashion film Chore, for (lingerie label) Damaris received 48, 000 hits on You-tube following its release on Vogue.com. A Poem for A, for Roksanda Ilincic  was commissioned by the Milan Vogue Italia exhibition, and he has made films for Showstudio’s Future Tense Festival including House of Flora and a trilogy for Armani that premiered on Vogue.it. Top this off with a Young Director Award nomination at Cannes, a commercial for i newspaper, a film for Armani, and Fleurs du Mal for Agent Provocateur, it seems there is no stopping Justin Anderson. And we have a feeling this is just the tip of the iceberg. We caught up with him to find out more..

How did you get involved in film making, is it something you’ve always wanted to go into?

I went to The Slade school of Fine Art and studied painting for years. I then moved into making fairly conceptual videos- I chewed gum live on TV for 5 mins as part of a performance about meaningless communication….. I made it on a Dutch cable channel in the 90’s about the same time Big Brother was being conceived, another Dutch company called Endemol, who have been filling our lives with meaningless TV ever since.

How did you move into directing fashion film?

I worked in advertising for a bit then decided to go back to painting and got a studio share with an old friend who is fashion designer. Showstudio asked her label House of Flora to make a film so we made a film called dress number 1. It got picked up by Diane Pernet, did very well, so we made another and that got on Vogue Italia. And so on…

The industry is moving forward rapidly. What is the biggest change in your opinion?

Volume is obviously the main thing- the technology has made it possible to not only make films but to steam them hi-res on all kinds of different devices. There is also a huge appetite for new content -as all the new content sites and online magazines need filling with original content. The only thing which will be interesting is this massive volume has been underpinned by loads of people working for free. It will be interesting to see how long this ‘good will’ lasts because eventually people have to get paid. Fashion is a multi/million dollar industry and I think the fashion film has given it some kind of boost, so I guess we all hope this boost will eventually give rise to revenue that finds its way back in. 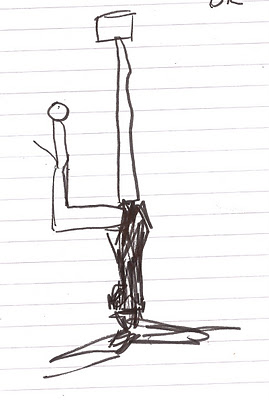 When casting models for a film, what do you look for?

Casting is hugely important to me as it is the life force of the film. Before I cast I often have an idea of the kind of look I am after but I shoot every casting and I am often surprised by the result- so just going by still shots can be very deceptive. The other thing I do in casting is try, in a very short amount of time work out- is this person going to be good to work with? I think modelling is very tough job, there is no training and the demands are sometimes quite intense so it is of huge importance to see whether this person will be able work extremely hard and still look exactly how you need then too. The Movie camera shoots 24 frames per second and you can’t retouch as much in stills so they need to look fresh take after take after take- and that is tough.

How do you keep up with the ever-developing trends and technologies?

I read, I think and I watch… constantly. 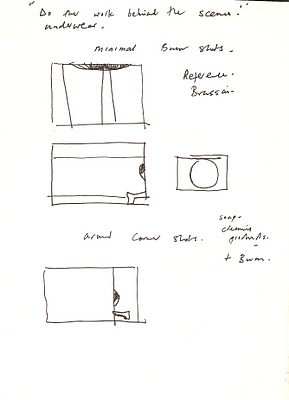 My DNA is still the art school kid- I look at a lot of Art. Probably the purest form of expression.

I am also playing catch up on the great movies of the past. I didn’t study film so there is a lot to learn for me. Love 1970’s French films, they are sexy, funny and very stylish.

You have a very distinctive style. How do come up with the concept and story board for a film?

I always start by making drawings; I still carry a sketch book and draw sitting on the tube, waiting for a meeting to start. Trying to find a concept for a film can drive me (and those around me) nuts, I do a lot of reading and research and until I come up with core idea I am absolutely no fun to be around.

Who do you think has had a major influence on fashion and film as we see it today?

Maya Derens’ Meshes of the Afternoon- bit to many fashion films of girls staring out of windows in a dreamy way… we are all guilty of it. Time to move on! 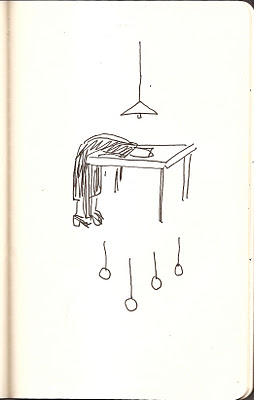 What advice would you give to young creatives starting out?

What should we be looking out for from you in 2012?

I have few projects bubbling away that are very exciting- one with Vogue Italia and another with a hotel in Sweden. I am very interested in telling stories, my last film for Agent Provocateur was a much stronger narrative and it interests me to see if I can tell stories using a very strong visual language.

Would you consider moving into directing feature films?

Absolutely, a feature with Muccia Prada would be my dream project.

A double date with my wife, David Walliams and his Mrs..Lara Stone. He is as funny as she is beautiful and I think you need both.