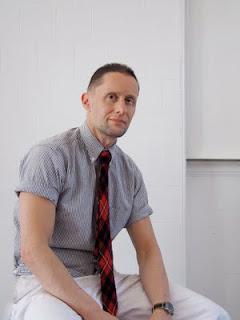 ﻿﻿﻿﻿﻿﻿﻿Josh van Gelder one of the men behind the world renowned Dove Campaigns, spotlighting the natural beauty of women, regardless of their shape, size or colour. With an innate ability to capture men and women looking flawless, whilst always retaining their personality, Josh has worked his way to the top of his game. Recently converting the top floor of an old Victorian school in east London, he has been able to achieve his dream of creating a studio space of his very own. With a portfolio most beauty photographers aspire to, it would seem there is a lot more to come from this man of many talents. ﻿

Models1: How did you get involved in photography, is it something you always wanted to go into?

Josh Van Gelder: It’s quite a long story; I never did anything creative at school, and was kicked out of Art ‘O’ Level for the low standard of my work, I was always the academic one in my family. But I was always very interested in fashion because my mum worked in the fashion industry, and I sort of grew up surrounded by it. At first I thought I wanted to be a stylist, and while I was at Manchester University (studying Comparative Religion) I worked on the fashion pages of the University newspaper, and did internships at Vogue and Harpers & Queen. I began to realise that there’s so much hard work in styling that wasn’t 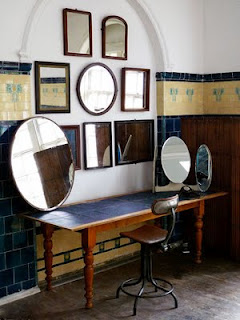 actually creative – it’s a tough job!. Whenever I did a shoot for the university magazine it looked terrible

because the photographers were just not fashion photographers. So I thought that I could do a better job myself, and started taking the pictures as well. Some of the local model agencies saw them and asked if I could test their girls, and it sort of went from there. I had a few contacts in London, and began to build it up that way. Through sheer bull-headedness and willpower, and through a love of the whole industry and fashion, I just kept on going.

M1: How has the industry changed in your opinion?

﻿﻿
JVG: It’s hard to say how the industry has changed because the whole world has changed so much. Digital has made a huge impact on things, as has the economy. And it’s also difficult to say because I’ve changed so much as a person from when I started. At the beginning my career, I was pretty happy to be a ‘starving artist’, but the charm of that quickly wore off and I began to see that this is a business, and that I should try to find a way to make it work for me financially too. II love doing creative work and personal work, and I think it’s really important to try and have a good balance of the creative with the commercial, but I find it hard to judge whether I feel the industry has changed, or whether I have – I don’t know that I can separate those things out so clearly

M1: How do you feel about the introduction of new technology? Would you say it’s something you’ve welcomed, or do you prefer to stick to the more traditional methods?

﻿﻿
JVG: I’m very bad with change, very stubbornly set in my ways, so it took me a while before I really accepted that I was going to have to embrace the technology. It’s improved so much since those early days of digital. For the sort of work I do, when digital first came out it was a very difficult thing to shoot. The skin tones weren’t right, the quality of it didn’t look human, and it was kind of a strange hybrid. Now technology has moved on, and people have learnt how to use the cameras properly. I’m always saying how I’d love to go back and shoot with film, go back to those old days, and sometimes I do. I shoot a Polaroid, and get really excited because they are wonderful, beautiful things, but the fact is, digital is the standard now.

﻿
My position on photography is always that it doesn’t matter what your camera is, what film your using, what your situation is, if you’ve got an eye for it, you can take a good photograph. Whether it’s a cameraphone in the middle of the night, or a 10 by 8 camera in the most stunning setting, the most important thing is to have an absolute clear eye, and a real point of view. If you’ve got that, then you can take a good picture. One of the biggest mistakes ‘amateur photographers’ make is the idea that if you’ve got the best equipment, you can take the best picture. This is not true.

M1: Do you think the same idea applies to retouching, that there is a limit to how much you can edit an image?

﻿﻿
JVG: Yes and no. You can improve a photograph, but you can’t really make a bad photograph a good photograph with retouching. You really can’t, and you can’t manipulate things so much that you can transform a girl who’s dead in the eyes, into a picture of a girl who’s suddenly full of life. Digital retouching is a lot less flexible than people believe it to be. On the surface it’s flexible in terms of colour, range and movement, but when you come down to actually changing the photograph there’s only so much you can do before it looks wrong, so the integrity of the photograph still remains. You’ve still got to take a good picture in the first place.

I’ve always had a very straightforward point of view to my work, which is that I always like people to look like people. I’m trying to look at a girl as if she is a girl, and capture her personality. If I’m focusing on hair, I like it to look like hair, not huge waves of plastic stuff. I want the skin to look like its got texture. If she’s laughing, I want to have her really laughing and happy, not faking it for the camera. To me that is what’s actually beautiful. I’ m definitely not interested in shooting a picture where the girl looks like a still life. I look at it as a portrait. I want to know who she is, why she has hair like that, why she’s wearing what she’s wearing… That is what I always try and have my starting point as. When it comes down to retouching, I’m always trying to retain as many elements of reality that I can.

﻿﻿
M1: Have you ever explored a grungy, edgy side of photography, or has your main focus always been beauty?

JVG: When I first started taking  pictures, like many young photographers, I was trying out lots of different things, trying to be provocative, or sexy or quirky or trendy; but I ust had a moment where I thought, ‘Ok what do I want to shoot? What is my aesthetic?’ So instead of following the trends I decided to try and find the girl that I find the most beautiful, in the clothes 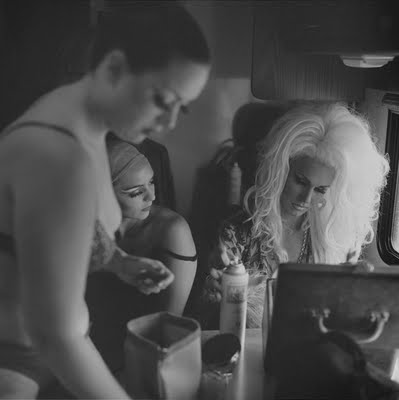 ﻿﻿
My favourite thing in the world is to photograph a beautiful girl using nothing but daylight, with very little hair styling and make-up involved, and to shoot her as simply as possible. That to me is really ideal, and if I could spend my life doing that, and getting paid for it, then I would very happily do it. However, I wouldn’t say that when I shoot a girl who has barely been touched by the hair and make-up people, that I’d make it look grungy. There is always a very idealised beauty element that I find appealing. But grungy, crazy, dirty, not really so much for me, it’s just not my style.

﻿﻿﻿﻿﻿﻿﻿﻿﻿Even when I approach subjects that could be considered ‘edgy’, I’m always trying to find the most beautiful picture that I can take. I’ve shot documentary pictures of drag queens and skinheads, and even then, I’ve tried to make them look beautiful. I shot a series of pictures on Jana Knauerova as a punk last year, but instead of approaching the look as angry or aggressive we tried to make the shots as elegant as possible – I really like that tension very much, trying to ‘beautify’ things that aren’t always seen as conventionally beautiful.

Look out for Part 2 of our interview with Josh, coming soon!

For more information and images of his studio, click here