Jody & Bayo at the Eye Casting

Jody and Bayo are names you hear on the daily basis in the industry. 3 years after opening, The Eye Casting has now grown into one of the most influencial casting agency around. The boys have their finger on the pulse of fashion and although they are terribly modest about it all, they are always a step ahead. Here they have a chat with Models1’s Soraya!

Soraya: How did you find yourself in the casting/production game?

Jodie: In our misspent youth rather than get proper jobs we did bits of modelling, TV adverts, extra work etc so we understood the casting process from that point of view. Through a friend I got a job doing reception at a casting studio (casting cabin) and through contacts I met there started asst other casting directors, I worked with Debbie Shepherd and assisted Heather March for 2 years and also worked at JN. In April 2006 I set up by myself and opened The Eye Casting that week I started casting a Worldwide Nokia campaign for Rankin.

Bayo: I was working as a booker at a particularly ropey London agency and helping out with loads of the streetcasting for The Eye. When Jody went off to do the TV show ‘Find Me the Face’ for BBC3 I came in to run the company whilst he was off. When he returned 6 months later we continued together. 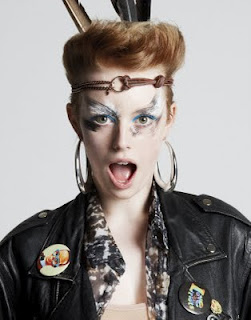 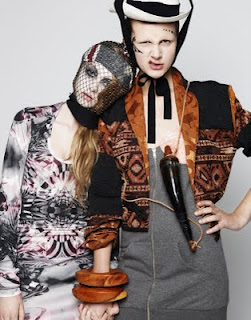 S: Name some of the most exciting projects you have helped put together lately. Have you got one in the pipeline that you are looking forward to?

J: My most exciting project at the moment is www.theeyemodelsplacement.com . After being asked to work on BBC 3’s model scouting show “Find me the Face” I have been doing a lot of scouting and placement of models with agencies in London and abroad (including Models 1 of course). We have just moved to new premises with our own casting /photo studio and working with amazing young photographers like Alisa Connan and Kurtiss Lloyd, stylist Shirley Amartey and make-up artist Lucy Flower, is really exciting. On the casting front I seem to have done more TV commercials recently, including Johnny Walker, Coke, Baileys and some cool editorials for V, Lula, Italian Glamour, French Playboy, Super Super, Sunday Times Style, Telegraph Style, War, Notion with the likes of Klaus Thymann, Sandra Freij and Roger Dekker.

B: I don’t know why Jody’s taking the credit for the editorials??? He refuses to have anything to do with most of them. It’s me that gets lumbered with the ‘fashion’ stuff. Having said that I do love it when I get to book a super!!! So excited about the new offices etc. It’s really great to have our own studio. It means that not only can we do our castings here but as soon as we scout someone new we can get our great team together straight away and do a test.
Kurtis is great. He’s been shooting a lot of M1 models recently. Fifi, Amber and the AMAZING Jessica P have all got his pics on the website and he shot Dodo and Max B for an editorial last week.

S: Do you have a person, thing, film, that you think iconic?

J: I’m a casting director so all my fashion icons are models and from the supermodel era
Naomi Campbell (anyone that beautiful can behave however she likes as far as I’m concerned J) and Linda Evangelista obviously.
They don’t make them like that anymore. I’m glad that models are once again allowed to have a personality, when casting I always fight for someone who has something interesting and individual to contribute. There is nothing I hate more than boring, bland, interchangeable faces.

B: I agree completely. People are so afraid to take chances. It’s the bane of a casting directors life. You spend loads of time getting all kinds of great suggestions in and then the client pics the blandest most obvious model possible. It’s infuriating. Naomi is a goddess of course and am so excited by Kristen McMenamy’s return. She’s my all time favourite fashion icon and the antithesis of everything bland and boring. I’ve been trying to track her down for years and then suddenly she’s everywhere. I’m gagging to book her for something and of course Models1 have her!!!. 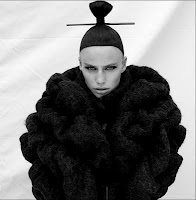 S: Is there pressure doing the casting for some of the hippest things/people in town?

J: My hip days seem far behind me, but thankfully my office is in the heart of trendy east London so just looking out of the window keeps me down with the kids.

B: I’m far more with it than my elderly twin brother. As far as I’m concerned you’re as old as you feel and I’ll forever feel about 26. We do loads of streetcasting so meet plenty of cool interesting people doing that as well. 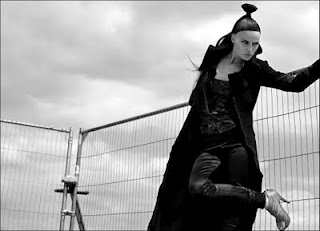 S: Everywhere we look we are being lured into saving the planet & the people on it. How much do you find this having an influence on the work you get in now. Is this the way forward?

J: I’m not sure the environment influences my work at all but everything in my office gets turned off overnight, no lights, computers, printers etc. I also think the problems with the environment puts what we do into perspective. I often feel like shouting “We’re only taking pictures, not saving the planet. It doesn’t really matter!!!”

B: So many photographers need to be told that.
Only just moved but we will of course be recycling everything very soon. Unfortunately at the moment we’re not even sure where to put the rubbish out. 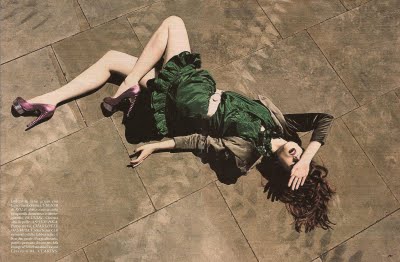 S: What’s your favourite thing at the moment?

J: Rosie Huntington-Whiteley so beautiful she makes me wish I was straight !!!
B: Did you see Alisa’
s pics in Esquire??? AMAZUAL!!!
My current favourite thing is the return of the SUPERS!!!! Naomi, Linda, Stephanie, Christie, Kristen, Eva, Shalom, Claudia, Karen Elson etc are all over the place at the moment and showing those new girls how it’s supposed to be done. Yasmin Le Bon is looking better than ever and Susie Bick is back.
It’s also great that there’s good deal more diversity around at the moment. The black boys ruled at the Milan shows and the Asian girls are on the march this F/W. Really good to see the likes of Jordan, Sessilee, Georgie, Arlenis, Rahma, Chanel and my girl Hollis, all around together instead of there only being one black girl around at a time. Betty will be next. She’s blossomed since she came to a casting with me on her very first day at M1. 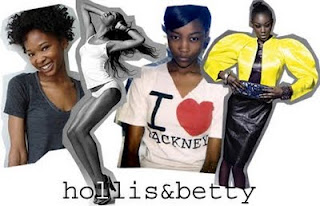 S: Is living in our amazing city an influence, (good or bad)? if so tell more?

J: I LOVE living in London it is the best city in the world, there are so many amazing things to do (even if I never get round to doing them) From a casting perspective the multi cultural population is brilliant I can literally cast the whole word from London and often do.

B: We end up doing all kinds of castings for European brands here because you just can’t find the same kind of cool people anywhere else. Especially where we are in the East End.

S: I hear that as a younger fashion design/art student (a guess) you were brave & outrageous with your sense of style. Is that the case?

J: I’ve never really thought that I dressed that cool or outrageous but sometime I catch myself and think there aren’t that many people who look the same !! As kids me and Bayo definitely had our own look we used to wear really bizarre outfits and some of our school friends would refuse to meet us outside of school as it was too embarrassing for them !! in the early 90’s we used to go to amazing nightclubs like Billion Dollar Babes, Pushca and Fierce Child the whole point was to dress up and we’d spend the whole week coming up with outfits. It’s really great to see the dressing up aesthetic is back clubs like Pony Step but it’s all way too much effort for me, only on a very special occasion do I get my glad rags out.

B: We weren’t fashion students at all but could deffo work a look. We were club kids. We’d wear all kinds of ridiculous things out if it meant we could jump the queue. Unfortunately I’m far too fat to wear my old mini kilt these days but at least my hair is still somewhat outrageous, I don’t know much about clothes but my hair looks fierce. 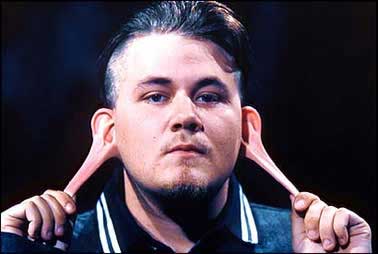