Jamie Burke is Back in full force

Brit Jamie Burke relocated to NY for six years to focus on developing his music career. While there, he continued to model part time, featuring in campaigns for Calvin Klein and even writing the music for the CK One commercial. Now the lead singer of band Delilah, has decided to return to Europe and kick started this move by walking exclusively for John Galliano for Autumn Winter 2011 in Paris at the weekend. We’ll keep you posted with Jamie’s planned gigs and future shoots. 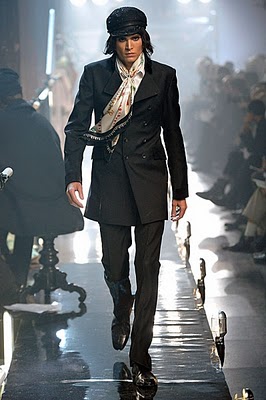 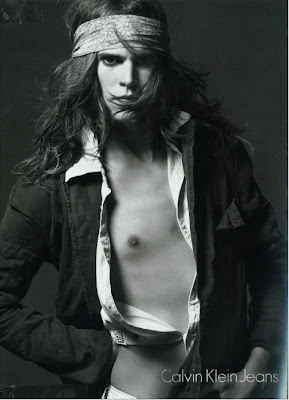 You have done a lot of work for Calvin Klein. Tell me about that.

Yeah, I’ve modelled for CK Jeans and CK One for the last four years. I’ve done some other bits here and there but they’re my main clients. I was actually at a gig when I was scouted for CK. I was in LA and one of the ladies who did their PR was at the show, and one thing just led to another.

Had you done any modelling before CK? 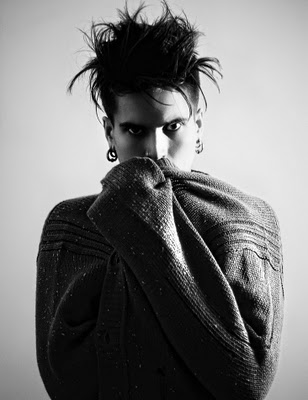 Not really no, I had done a few bits when I was really young, like a young teenager here at 15 or 16 with mark, my booker, but not much. That was really the beginning. It went alongside music for a while, and now I’ve only just come out of my contract with CK.

How do you spend your free time?

I travel if I can. But generally, well, I live above a bar in New York so that sometimes become my free time. Ha, no I do all sorts. I run around New York with my friends going to museums, galleries, parties, fashion parties, art openings, and music events. I have quite a lot of tattoos; I’ve lost count how many, not above 10 though. Um, I’m also a big dog lover.

But I’m spending more and more time in London now, and I’m planning on moving back. It’s been really fun there, but its pulling me back. Now that everyone’s grown up a bit and working, it’s a bit more stable and steady.

How do you think the modelling work will compare?

I’m keen to work more in Europe because I think there’s cooler stuff here, in editorial and advertising. I think it’s all just a bit more cutting edge over here, I see a lot of cool stuff. But it’s difficult for me to do any of that while I’m in the states. It’s very commercial. I also think for my own career it’s better for me to be here anyway, because I the look over there’s a lot older, or if it’s younger more obvious.

If you weren’t doing this what would you be doing?

I’d probably try and study or something. I was at one point going to go to university and read English, but I turned that down to go to New York. So yeah, probably something like that, I’d try not to work in some sort of banking job. Something creative definitely, maybe work in a gallery. But I haven’t really thought about

that, hopefully I won’t have to. 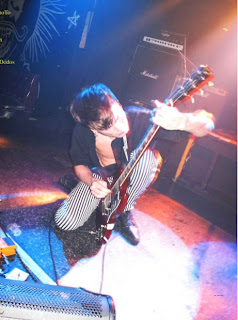 Before London I wasn’t playing in bands at all, I met some guys in New York when I was doing a film course there. I was 18/19, and I decided to move over there and play with them, and then several bands later here I am now. That’s sort of how it came about. I was always musical when I was a kid, but never in bands as such. I’ve only really just started playing shows in the UK in the last couple of years.

Quite scruffy, I guess rocky. I’m a big fan of Reeboks.

Where do you see yourself in five year’s time?

Somewhere in Europe like Berlin maybe …and hopefully with a large bank account, and an album in the top 40.

It would be a dead musician, so I could pick their brains. I’d have to say Jim Morrison, just because it would be a raucous dinner, and no doubt a crazy night.