Ranked as the top 19th model in the world, Iris Strubegger regularly travels across the globe to exotic shoot locations,  and is no stranger to being in front of a lens. Here, she steps behind the camera to snap some off-duty shots on a trip to Mauritius, for Harper’s Bazaar UK’s February issue. We’re only slightly jealous…

I was very excited when I heard that Harper’s Bazaar wanted me to go on a shoot to Mauritius with photographer Horst Diekgerdes and stylist Cathy Kasterine. A look on Google Maps told me that Mauritius is in the east of Madagascar and the pictures I found online were just amazing. 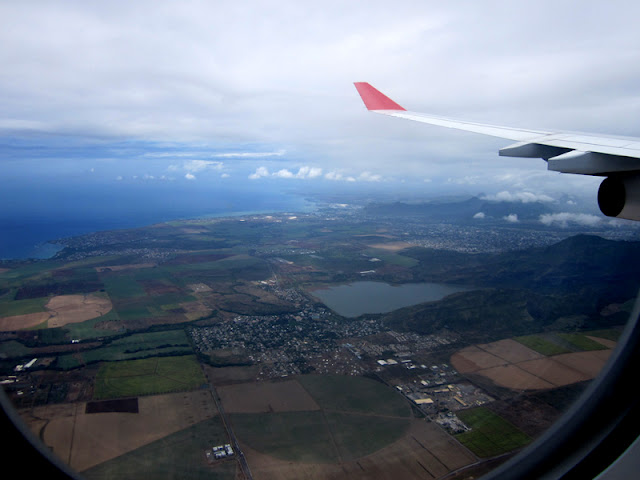 When we arrived the weather in Mauritius was not the best. It was raining and the sea was all grey and dark, not shiny and turquoise as we imagined it to be. So we were all a bit disappointed. 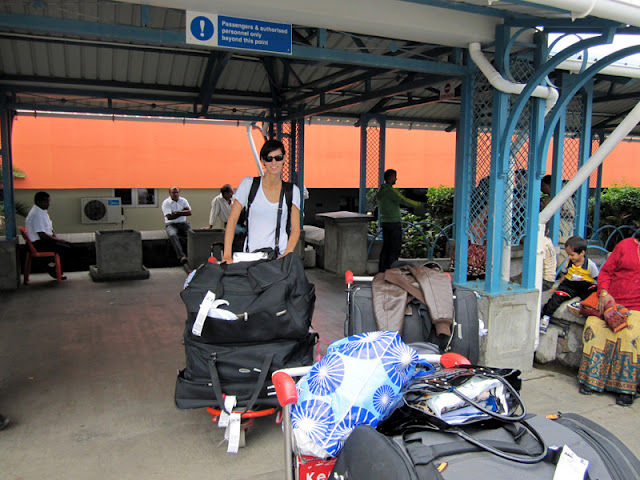 I was still excited, and looking forward to what Mauritius would be like. The hotel with its garden and pool was really beautiful. 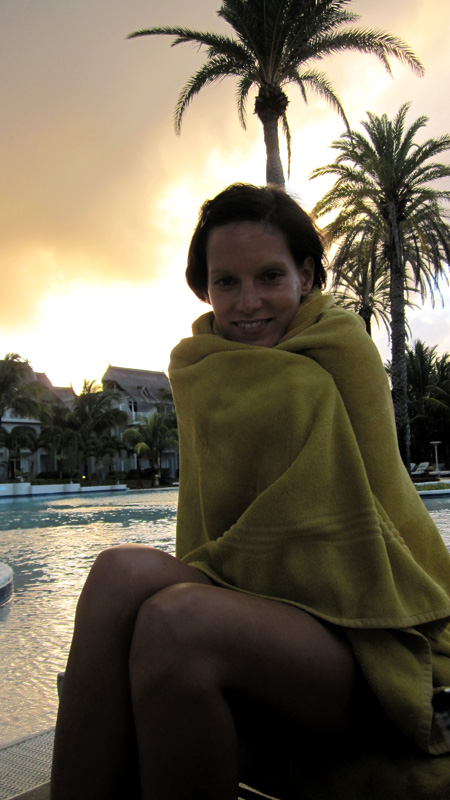 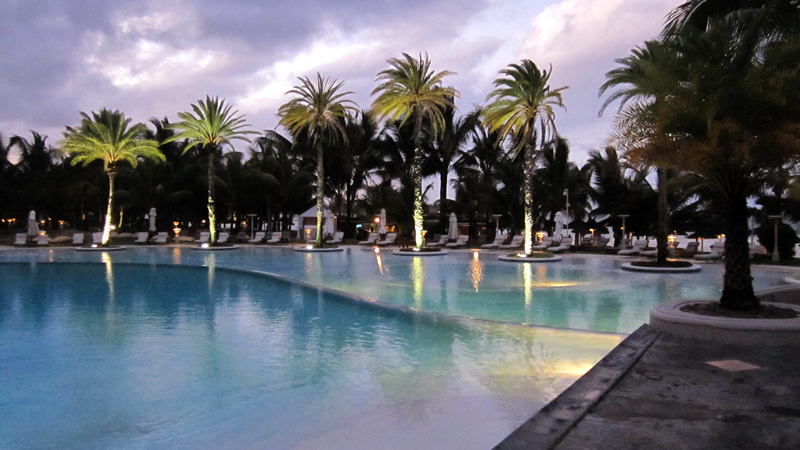 We started early on our first shooting day, and went to a river with its river bed full of black volcanic stones, as Mauritius is a volcanic island. They looked beautiful. On our two days of shooting we were watched by huge flying foxes hanging in the trees around the river. 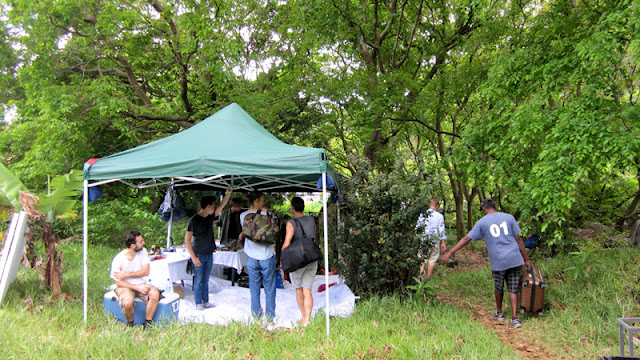 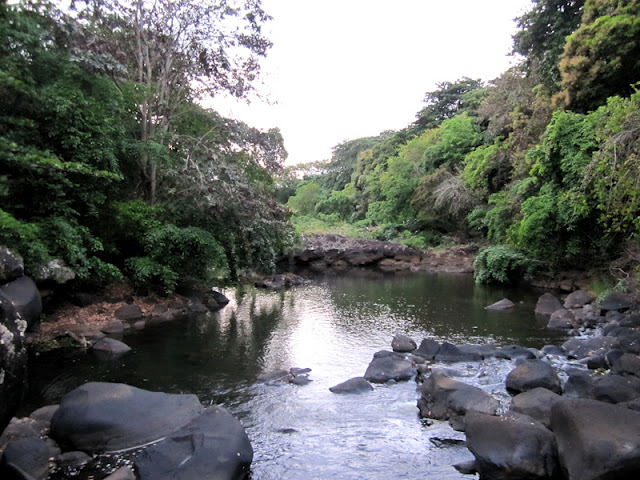 The location for our second story was a lot more beautiful as we spent the day at the hotel beach shooting in the water. Also, the weather had cleared the evening before and suddenly Mauritius showed all its glory and beauty. The whole team was happy, and enjoyed the day on the beach. We kept having to remind ourselves that it was December 6th and 2nd advent! 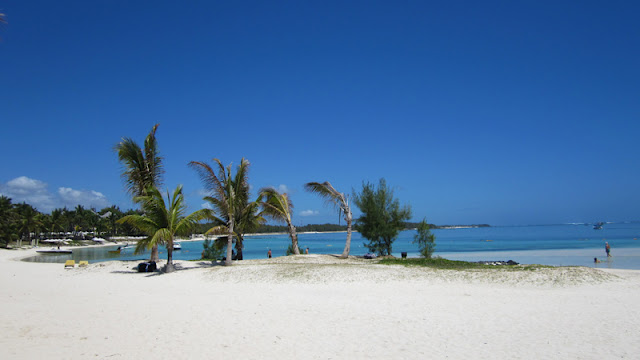 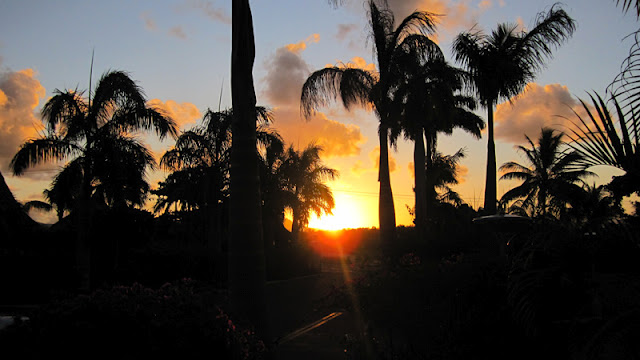 As Dirk and Cathy were shooting another girl on the last day, I had a whole day off before going back to Europe. I loved having a day to myself on the beach, and went swimming in the pool and the sea. 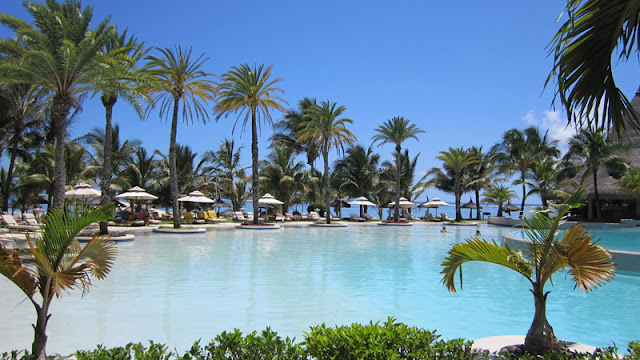 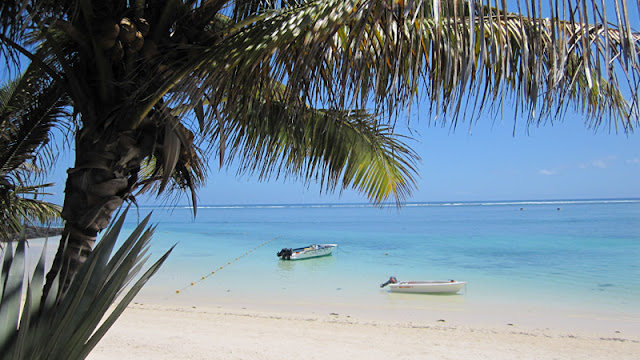 I found it quite hard in the end to say goodbye to Mauritius and its beauty. It was an amazing trip with the whole team, we had lots of fun and I can’t wait to see the pictures in Harper’s Bazaar next spring. But I was still looking forward to getting back home. Finally, as I arrived back home in Austria after a long flight, it started snowing like a beautiful winter fairy tale. 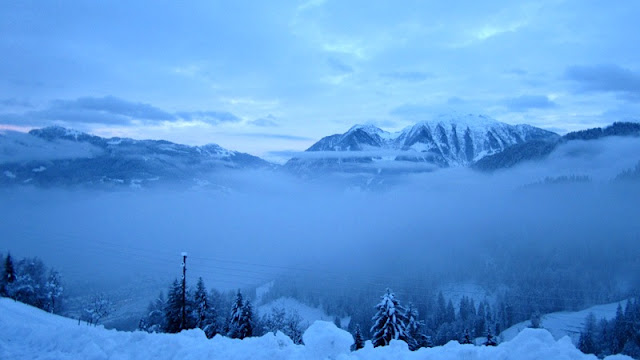 Check out the March issue of Harper’s Bazaar to see the amazing shots from the fashion shoot, on sale 2nd Feb 2012.