After working alongside leading casting director Russell Marsh, Adam Hindle has gone on to cast for some of fashions biggest names. With Autumn Winter 2013 Fashion week upon us, we caught up with him… 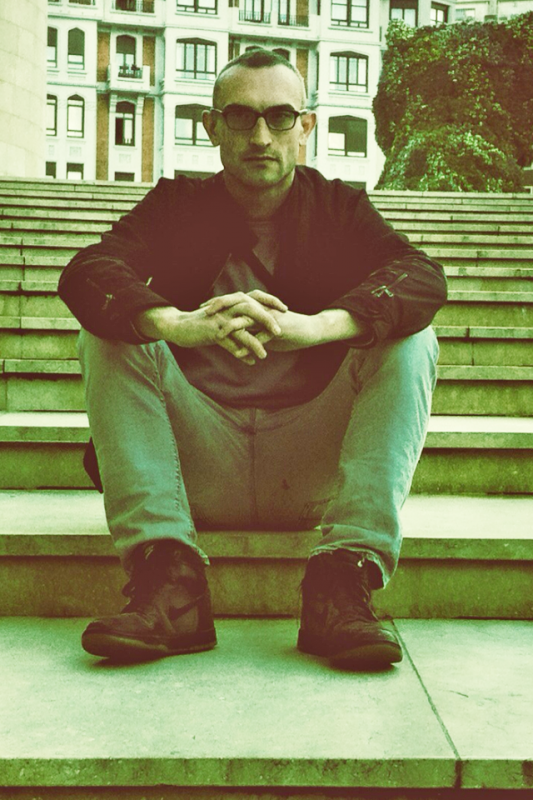 How did you get into casting?

I started out as a model, and moved into working at a production company. After about a year there I heard Russell Marsh was looking for a full time assistant which I went for-that lasted nine years! It was a really good experience, he’d been casting since the 80’s and was already very well respected. There weren’t many casting directors at the time. He has so much experience so it was a great way to learn about casting.

What do you do when it’s not show season?

It’s mainly prepping. There used to be four collections a year with men’s and women’s, and now it’s double that! A client may want to go and do a variation of the same show in Shanghai and Tokyo, then look books, store openings, perfumes etc… there’s always stuff to do. Obviously there are quieter times, the summer is always quiet. Then there is the editorial work.

When did you launch your company?

I went on my own March last year.

Is there anything in particular you look for when booking a model?

Well, I think it’s probably fair to say that I’ve got a “type” with guys and girls, but I think it’s important to remember that it’s not only about you. You might pick someone and the client won’t agree. Occasionally, you turn up to a client and they say “these are the kind of girls we’re looking for” and it would actually just be Models.com’s top 20. At the end of the day it’s not about type, it’s about what’s right for the show or shoot. I’d say I like I quite like handsome women, healthy looking girls and guys who have character to their appearance, not too generic.

Which designers do you work for during fashion week?

We all know how hectic show season can get. Is that the case for you?

Yes. Ideally you’d never do two shows in one day. I once worked on three, one at 9am then 1pm then 7pm. Coordinating the fittings is always quite difficult. It’s at that point when you need someone to help because you can’t be in two places at once. Also, show season can work out quite well because you have a core of the same girls you like, and they will maybe do all three shows, so in some ways that makes it easier. But yeah, generally it’s really stressful.

Trends come and go season to season. Does this have a big effect on who you cast?

Seasonal lengths and shapes and stuff like that don’t really have much effect on the girls we choose. It tends to be a sort of Zeitgeist thing, based on what taste makers are thinking. I find it quite funny how some designers tend to do something quite similar without knowing that they are all doing the same thing. Often art books or great films come around at the same time, so perhaps the designers draw their inspiration from similar popular new publications etc. But I don’t think it has a massive effect on the models, apart from if they’ve all recently been to the same country, then maybe they’ll use lots of amazing Dutch or Brazilian girls.

Are there any other roles within fashion you could see yourself moving into?

Well I think designers are people I really admire, so I’d love to do that but I do know it’s extremely hard! Being a photographer would be a great job, and I think model agencies are great if you’re working on the scouting side and development… I imagine it’s really rewarding.

Tell me the process involved in casting the models for show season.

I spend a fair amount of time on the internet and all those little blogs that people set up, they are always a good source. There’s always someone more obsessed…. Then there are certain agencies I know have a good record of new faces so I take a look at their websites. Often I’ll look at who’s done the pre-collections, going around the agencies, meeting the girls themselves, seeing their material. It’s usually the week before the show when it’s the first big casting, most girls don’t arrive until later in the week so it’s just about making yourself aware of the new arrivals, gradually slotting the girls in and making last minute changes to make sure they are getting on the right flight at the right time. If I’m doing a show on the Friday evening, a lot of the girls arrive Friday morning, so you have to have the facilities to fit people in on the day. Then the questions come into your mind like “is this the girl, is it worth it, will she work in the outfit” so that is quite stressful.

Men’s fashion week recently added dates in London, which has now been part of the schedule for two seasons. Do you think this is a good thing?

Yeah it’s definitely a good thing. There are loads of great designers here. The last thing I worked on was the Savile Row designers, that just typify what’s great about London fashion, people like Tom Ford do their show here because he loves London. He’s really inspired by people like Savile Row, and so should everyone be inspired by it. I think it’s great for London to have a proper Women’s and Men’s fashion week.

London can sometimes be the city that misses out because the shows are too tightly packed into each season. Sometime models aren’t encouraged to come here, but there are big designers, important stylists and influential people working on the shows in London, so it’s smart to come

What advice would you give to a young model starting out in their first season?

I’d say look after yourself, try to get as much rest as possible. Present yourself as best you can, dress smartly but plainly. Choose clothes that show off your best assets, present yourself in a way that will sell you the best… it’s the stuff that development teams tell you. Listen to them! Be friendly and pleasant to everyone, and show a bit of good energy. That’s what people want to see, and could earn you a place in the show. If you have the wrong attitude it can work against you and stop you getting in the show.

How do you relax between shows?

I spend time with friends and family.

Overall, Prada. I have liked the brand for a long time.

Do you have a favourite model?

I think Steph Hall is a really great success story. She’s been bubbling under for a bit, and it’s nice to see a girl like that get her break because she’s so beautiful and wants it, and has worked for it.

Finally, who would be your ultimate dinner date?