Showcasing her first solo exhibition at the age of 16, Indira Cesarine was touted as a “photographic child protégé”. By the time she 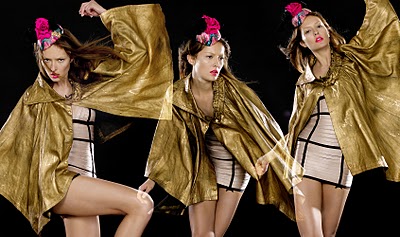 graduated high school she had exhibited 4 one-woman shows of her photographic work, and went on to shoot for a variety of top modelling agencies whilst finishing a triple major in Art History, French Literature and Women’s studies at Columbia University.  Six months after arriving in London she became Editor at Large of the British magazine ‘Don’t Tell It’, and has since been commissioned for British Vogue, GQ, Glamour, Marie Claire, Tattler, The Times, In Style and L’Officiel, as well as many other international publications and advertising campaigns. She has gone on to direct, produce and edit numerous short films. XXXX magazine was launched in 2009, a showcase of multimedia productions of fashion and video art films.

Models 1: You have been pursuing photography from a very young age, what was it that attracted you in the first place?

Indira Cesarine: I began studying art at the age of 6, and at 15 went to Parson’s School of Design to study photography. I lived in dorms in Union Square in Manhattan and ended up going out a lot with the other students, taking photos everywhere. This was in the club-kid era when the likes of Michael Alig and artists like Andy Warhol were out and about. A lot of my early work was nightclub portraits. At the boarding school I went to we were lucky enough to have the Paul Mellon Arts Centre on campus, so I presented an exhibit of my work each term. I was actually the only student allowed to do this, as they normally only exhibited the work of established artists there.

IC: I have always been very interested in lighting, and my work tends to have a very stylistic approach with an atmospheric lighting. I like to present women in a sensual way that does not detract from their intelligence, usually with a strong focus on the eyes. I guess this is why I also shoot a lot of beauty.

M1: Shooting for some of the world’s top modelling agencies whilst studying a triple major can’t have been easy. How did you keep on top of everything?

IC: In my senior year of high school, aged 17, I showed my book to Elite Models and they took me on to do test shoots for them, and I went on to shoot for a several other agencies. I would mainly work during summers and weekends, so it did not affect my studying. I did my 3rd year of University in France and shot for several modelling agencies over there. I was able to really strengthen my portfolio with better hair, makeup and styling while testing in France.

M1: What brought you to England?

IC: I came to London after finishing my degree to focus on my career. This was when a whole new era of magazines had surfaced, such as FACE, i-D and Dazed & Confused. London was creating a lot of buzz, and there were more opportunities here, especially for female photographers. Although it was still very difficult being a woman in the industry, England was less biased than the states. For the first 6 months of being here I modelled, which helped me to link with the right people. Because there was no internet, the challenge was getting your name out there; you couldn’t just email over some images or a link to your website. You had to call and hope you got through to the right person, then had only a couple of minutes to sell yourself. It was all about connections, if you could drop in that you knew someone they knew, or got an introduction, that was a big help. Being a female photographer did attract interest though, as there were so few. While in London, I carried on shooting test shots for modelling agencies, and my first photographic fashion series was published in a British Magazine, 10 pages in the launch Issue of Don’t Tell It Magazine back in 94’. 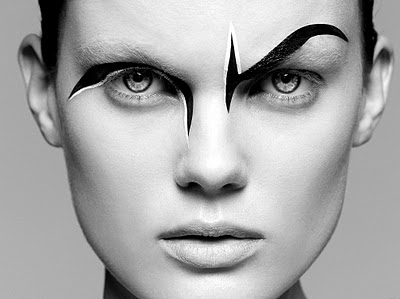 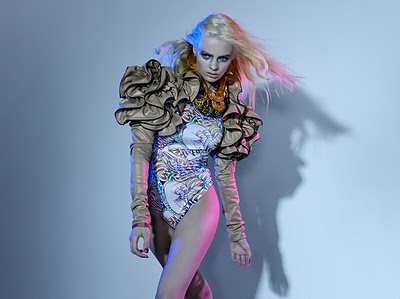 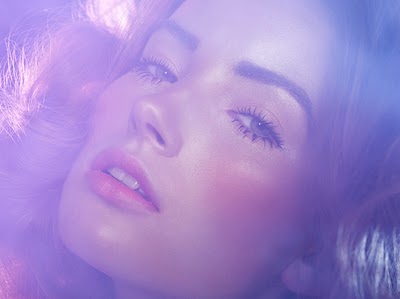 M1: You branched out from photography into directing, how do these two mediums differ?

They are both very different. I took a film course in 2001, when digital video was not established. It was a very long process; you would literally be taping the film together with your hands. I found it wasn’t as spontaneous and fast paced as photography and I wasn’t as excited about the process. I co-directed a short film, which was at Cannes short film corner in 2006, but it wasn’t until the revolution of HD digital video on SLR cameras came out that I really got into directing. It opened up whole new mediums and techniques that made shooting high quality video more accessible for photographers. I hired an established editor for a project I was doing, and while working with me, he also taught me how to edit on Final Cut.

M1: Living and working in a variety of cities, you must have had some interesting experiences. Are there any that stand out?

IC: I’ve worked in every major city, and have always had agents all over the world. I always found it was a lot easier to keep working by moving around to different markets, as there is rarely enough work in one city to work all the time. I’ve been able to go to some pretty incredible places like to the Maldives with British Marie Claire and St Lucia for British Vogue. In the late 90’s I was shooting a lot for Italian Grazia on location in Italy and France. I shot 5 fashion stories for them and 3 covers while travelling around Australia; and as there was no editor present, I was able to shoot wherever I wanted, so there was a lot of creative freedom. I love shooting on location, although these days I have been more in the studio – perhaps as budgets are a bit tighter. I prefer working on editorial shoots when I can be creatively involved, as well as oversee the casting, which is such an important part of a photographer’s style.

Celebrity shoots are also interesting to do. I shot Lauren Hutton in my New York studio (opened in 2005). She was an inspiration. I’ve also shot Amy Winehouse, who, although turning up 3 hours late seemed healthy and happy.

Seeing my work exhibited is always a great experience. I presented a video installation for XXXX Magazine at the “Soirée Au Louvre” at the French Embassy in New York in June. It was great to be asked to present my work at the event, and a brilliant opportunity to showcase the work of XXXX Magazine, of which I am Creative Director and Curator. 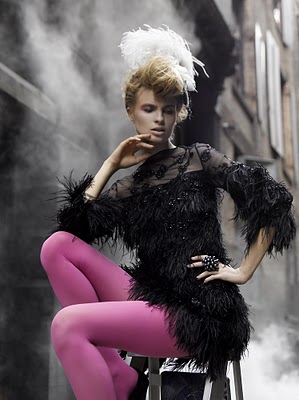 M1: Who inspires you?

IC: That’s very difficult. I’ve been inspired by so many people. But I’d say one interesting inspiration to me has been artist Mr Brainwash. He has a unique energy. I have met him a few times, and am always very impressed that he doesn’t use an agent and often self-promotes his own work. I met him at Art Basel a few years ago for the first time, and he was one of the few artists there with his own exhibit space, selling directly
to clients, and even giving away his work for free to peo
ple so he could get his name out there.

Since then, he has become a star in the art world. He opened my eyes to the fact that you can create a platform to promote your artwork yourself without having to wait around to be commissioned or being taken on by a gallery or agent.

M1: XXXX MAGAZINE was a collaboration of work from a lot of individuals, but being Creative Director you must have a specific view of what you want. How do you manage this?

IC: Being a freelance photographer, you grow up to the fact that if you want to have a career with a decent income, you need to work with mainstream publications and clients. This can be restricting, as clients, be it editorial or advertising, usually have briefs you have to follow, and you can’t explore your creativity. It’s very safe. XXXX is about exploring fashion with an artistic edge, promoting original ideas from each of our
contributors, rather than telling them how it needs to look. I wanted the publication to be about artistic freedom, and to explore personal identities. Each issue is based on a theme, and I give the contributors carte blanche within that theme. They can interpret it however they like, which is why it works so well. There is so much variety as everyone interprets the theme in their own way. Juxtaposed work compliments, rather than takes away from each other, and opens up more boundaries. We should celebrate each other’s differences. I like to work with established as well as new directors and artists. There are so many really talented people around that aren’t given opportunities. The magazine mainly focuses on video content, presenting fashion films and video art productions as well as documentary shorts. I try to keep each issue evolving with fresh ideas and content, and am always actively looking into new contributors to work with the publication.

M1: You’ve succeeded in creating a name for yourself as a photographer and director, and have an enviable list of clients. What’s next?

IC: I’m still very much a photographer, although these days I prefer to shoot both photo and video on productions, celebrating both aspects. I am currently in the process of launching a creative agency, XYZ Collective, which will also represent motion artists. We plan to produce fashion films, video art, and motion graphics. So far we have several directors that will be part of the collective, and 3 creative directors, including Nick Hackworth, who has worked for Dazed and Confused and is the director of gallery Paradise Row in London. The company will be commission-based. I believe it will explore a niche market that has not yet been fully explored, and will allow our artists to carve their own path, and to be original.

﻿
IC: That is a hard question. It would definitely be a director – I would love to meet Francis Ford Coppola, who directed Apocalypse Now, one of my favourite movies. Another favourite would be Hillary Clinton; she is such an inspiration as a female ground-breaker in politics. I’m inspired by women that can pave the way for others. Maybe not the two of them together though! One-on-one would be better.

I have always been inspired by the work of photographers Helmet Newton and Manray. Both geniuses in photography… there are so many images I am inspired by, it would be

impossible to just chose one.