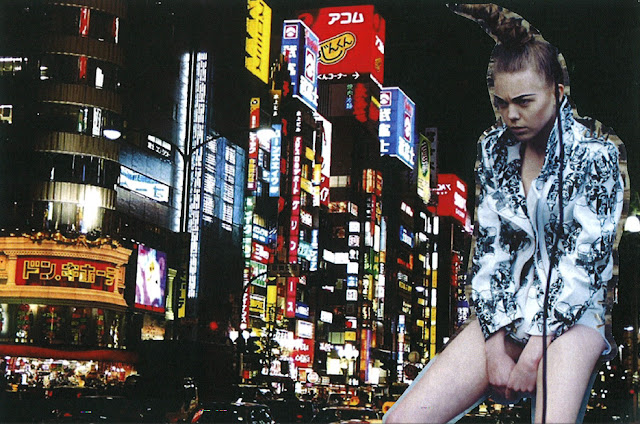 At just 16 years old, Fifi Newbery looks like she’s set to take on the world. With a stint in New York already under her belt she is no stranger to experiencing life in a different city. Next week Fifi will be setting sail to Tokyo, where she is already causing quite a stir.

While there, she will be keeping us updated on her adventures in this incredible city.

She popped in to the agency to say some final farewells, and we caught up with her to find out how she waas feeling….

Models 1: So, you’re off to Tokyo…what an incredible opportunity! How are you feeling?
Fifi: I’m so excited, it’s the kind of place you’d overlook, and would never consider going on a normal holiday, it’s just so incredible. Without modelling it’s somewhere I would never have been able to visit. And for my mum as well, she comes with me everywhere so it’s an amazing opportunity for her too.

M1: It must make a big difference, having your mum with you?

F: It makes it more exciting and less daunting. I have someone to share it with rather than having to face it alone. We’re there for 6 weeks so it would have been pretty terrifying doing it on my own. She also has to drag me on the plane; I’m the most awful flyer in the world! I’m alright once I’ve been on the plane for about an hour, but getting there is horrid. I know that’s something I’m going to have to learn to get over if I’m going to have a career in modelling!

M1: Are you hoping to see the sights while you’re there?

F: I hope I won’t have much free time so it means I’m working more. And hopefully I’ll be able to see the city on my way between jobs. My mum won’t be coming to shoots or castings with me, so I think I’ll be seeing it mostly through pictures she takes. For her this is like a 6 week holiday-incredible! I hope I do get to experience the culture properly though.

M1: It’s going to be a culture shock in many ways…including the food! How do you think you will cope with that?

F: I’m actually really worried about what I’m going to eat. I don’t eat fish so that’s going to be tricky as that’s a huge part of their diet! I eat everything else, meat, pasta, vegetables…but just not fish. If worst comes to worst I’ll just be off to McDonalds every day.

M1: Will you know anybody else out there?

F: I know a girl called Alison who is also signed out there, and she will be staying with her mum in the same apartment as me and my mum, so there will be four of us. I think that will be good, I love living with my mum but 6 weeks is a long time!

M1: Do you have any jobs lined up for while you’re there?

F: Apparently there are a few jobs set up for me already over there, and they have clients that are asking for me already. But I think I’m just going to have to turn up and see. It’s just so exciting!

M1: Having already lived in New York for a while, you must feel a bit more prepared.

F: Yeah, I think that helped. Although with New York I knew what to expect through films and TV programs. But honestly I don’t have a clue with Tokyo. I’m going in there blind. I’ve got hundreds of phrase books and Time Out guides. And my mums trying to teach me etiquettes and things. Apparently if you cross your legs it’s really rude, so I’m going to have to train myself not to do it so I don’t offend someone. Its small things like that I’m going to have to learn. I wouldn’t have even thought about it if she hadn’t told me!

We always bring a small laptop travelling with us, so we can keep in touch with everyone at home easily. I’m so thankful to Skype! I have a baby nephew now and it’s so nice to know I’ll be able to see him properly, not just in pictures.

M1: It looks like this year is going to be pretty adventurous for you…

F: 2011 feels like it’s going to be good. You know when you can just feel it, like to start off your year in Tokyo is pretty amazing. And then I’m travelling to New York again in September, which I’m really excited about. It’s left a real imprint on me, I don’t think I appreciated it as much as I should have. And now I watch it on programs like the city and think ‘I know that street, I know that place!’ I can’t wait to go back.