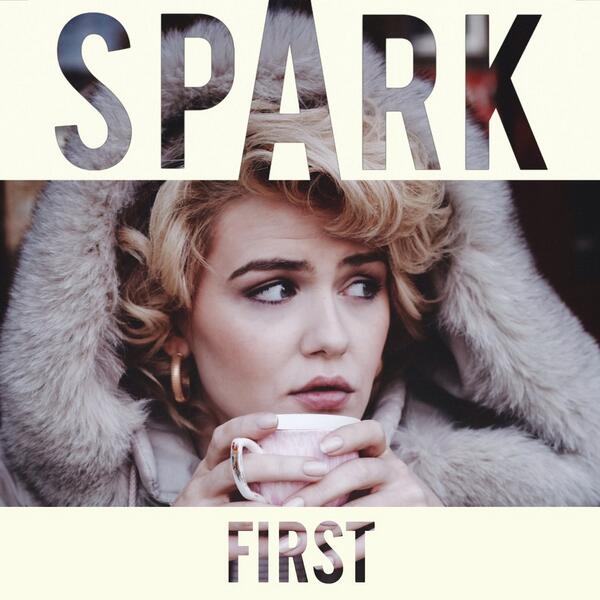 ☻ How & where did music begin for you?

I’ve been writing and singing for as long as I can remember. I don’t have one of those ‘I was 5 years old and I was singing in the school choir and my teacher knew I had something special’ stories, although that sounds pretty good now I’ve said it – but no, being a writer and singer is all I’ve ever known. Started from day one.

☻ Where does the name Spark spark from?

My middle name is Sparkle. Long story short; I was a water baby and my Dad said that when I was born I sparkled in the water. He wanted it to be my first name but my mum wasn’t having it so they compromised on it being my second name. But I’ve been nicknamed Sparky and Spark my whole life.

☻ What music were you listening to growing up?

I honestly grew up listening to a lot of different music. My Mum and Dad constantly played music – my Mum loves 60s and Motown and my Dad loves everything from Hip Hop to Blur. I was born in ’92 so of course grew up with the Spice Girls, Britney, Justin, Christina etc, but I’m also from Walthamstow so bashment, dancehall and RnB has always been around and loved growing up. When I was about 12 though I was introduced to Tracy Chapman, Alanis Morissette, Sheryl Crow and Joni Mitchell; strong women with something to say, unafraid to say it. Me and my sister have been known to bang out Christina Aguilera and Lil Kim – Can’t Hold Us Down. Karaoke is only good when it’s bad, it’s not an audition – it’s just for fun, I don’t really like when it’s taken too seriously.

☻ Whose style did you envy growing up?

To be honest, there isn’t a person or people in the public eye I could say whose style I envied growing up. I realised as I grew a bit older that I actually copied my Mum and Dad’s style more than anyone else. My mum has always loved denim and leather and my dad has always been about alternative street style, and I’m kind of a combination of both of them, and I didn’t even realise it. I have a close family and we’re all creative so we’re always growing and evolving together and are most influenced by each other, with style and everything else.

☻ Who else do you think is rocking the music scene right now?

I think Lorde is paving her own path in the music industry, and I love to see strong girls with something relevant to say with the mic in their hand, they’re not so common. Pharrell is an obvious one, he’s been killing it forever – but I say him right now because there should be more songs like ‘Happy’. I’m not saying that we all need to make daisy chains and be best friends, but music has a power of influence in society much stronger than most other things, and songs like that make the world a happier place. And that’s something we need more of.

☻ How would you describe your style?

I’ve always worn what I’ve liked – regardless of whether other people liked it or not. There have been plenty of times when people have laughed and told me not to wear something and it just makes me rock it harder, then a little while later everyone’s rocking the same thing. Style, to me, is about how you feel when you’re wearing something.

My style has definitely changed throughout my whole life; when I was young I was really sporty and was a bit of a tomboy (not one of those anti girly tomboys though, I’ve always had a girly girl side), but as I got older my style has gone down loads of different avenues but I’m at a point now where I love to feel more glamorous.

Throughout the past 6 years of my life since turning 16 I’ve changed so much, like every other girl, and sometimes it’s easy to put that change in ourselves down to something else – following trends for example, but those years are the key years in a girls life – boys too, and it’s the time to really get to know yourself, find out what you like and don’t like and decide who you want to be when you’re an adult, how you want to represent yourself. That goes for everything, for career choice, for the music you listen to and like now, the friends you have now and the ones you don’t have anymore that you thought you’d have forever, even down to food – we all have something we like now that we hated when we were younger, but it’s all personal growth.

We’re ever changing and blossoming and making choices that define us in some way. I’ve always loved denim and leather, like I said before, but the way in which I like it has changed a lot, and I’m sure will change again. Right now I’m all about cream and denim, white leather and tan colours.

☻ What three items are you loving at the moment?

☻ What fashion moment in Pop stands out for you?

I would have to say the whole phenomenon that was the Spice Girls. The Spice Girls represented girl power and there was something so special and unique about the way they supplied young girls with the option being the sporty one, the posh but sophisticated one, the cute girly one etc etc you get the point. Girls got to decide which one they were and they gave us confidence to be whoever we wanted to be. It was a key time for girls coming together and being united with it still being okay to be different from one another, and I love that. 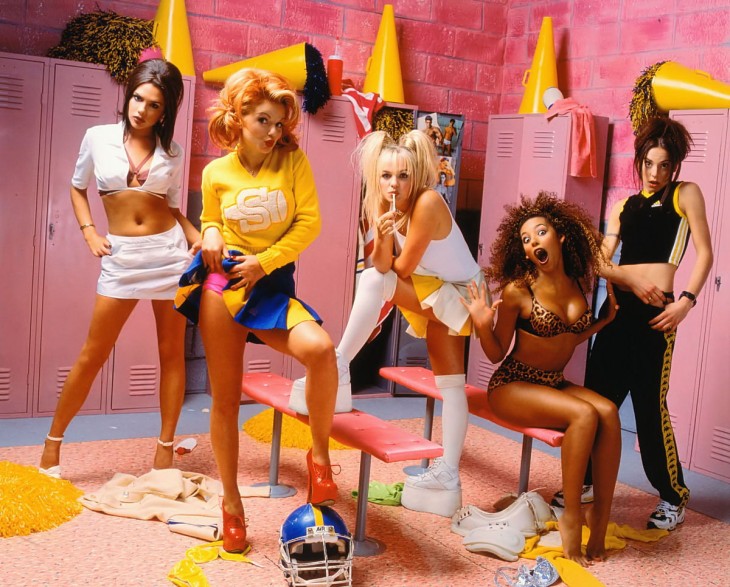 ☻ How would describe your style in three words?